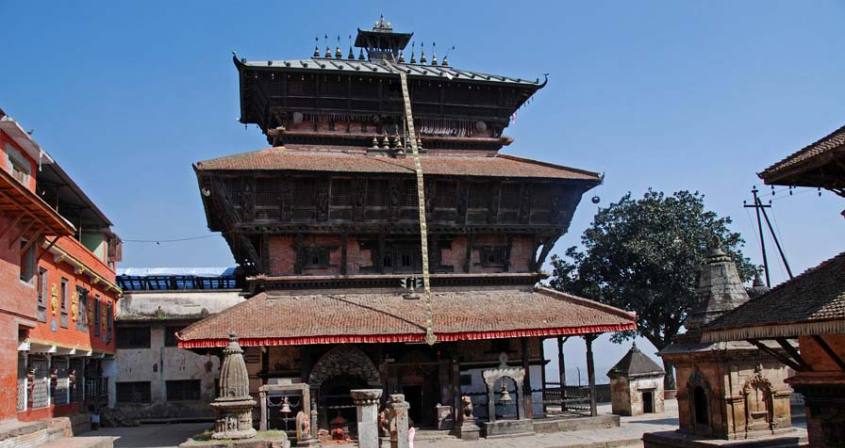 Extention Tour in Kathmandu is for those travellers who want to explore and test the culture and heritages of Kathmandu within very short time.Kathmandu city is surrounded by green mountain walls above which mighty snowcapped peaks. Kathmandu Valley contains three fabulous cities of great historic, religious and cultural interest Kathmandu (Kantipur), Patan (Lalitpur) and Bhadgaon (Bhaktapur). Every town has Durbar Square (old palace) with its old historical temples and palaces epitomize the religious and cultural life of the people. The Kathmandu valley has often been described as an open air art gallery with thousands of sacred shrines in brick, stone, metal and wood scattered through out it.

While browse around Katmandu Durbar Square you will visit Hanuman Dhoka, the old and historic palace of Kathmandu named after monkey God, Hanuman. It is historic seat of royalty. The Kings of Nepal are crowned and their coronations also held inside the court yard here. There is a statue of King Pratap Mall sitting on the stone pillar in the front and temple of Jagannath from mediaeval period .Within the walking distance you will find the tall temple of Taleju from 1549 AD, the large stone statue of Kal Bhairav, the God of destruction,. the Big Bell and Big Drum and Hindu Lord Shiva and his consort Parvati peeping from window. Visit the temple of Kumari, the residence of Living Goddess within the vicinity. Kumari means the virgin girl. The girl is selected from Buddhist family. The building has profusely carved wooden balconies and window screen. Next a very interesting temple is Kasthamandap which is believed to be built from a single tree trunk and the name Katmandu is derived from this temple.

Swayambhunath / Monkey Temple is a 2500 years old stupa situated on a hillock about 77 m above the ground level and over looking Katmandu valley. The painted eyes on four sides symbolize the all seeing eyes of Buddha and are watching all the time wrong doers and good doers. Swayambhunath is a very religious shrine of Buddhists. In Swayambhunath there are two Buddhist monasteries within the complex and a temple of Haratima where both Buddhists and Hindus worship this temple.

Bauddhanath stupa is 6 km to the east of Kathmandu and is said built in 5th century AD. Bauddhanath Stupa is one of the biggest in the world and is ringed by Buddhist lamas and monasteries. Bauddhanath is aholy stupa for Tibetan Buddhists who come here in thousands in winter festival to pay their honor.

Bhaktapur is an olden Newar town in the east corner of the Kathmandu Valley, Nepal. Bhaktapur durbar square is located in Bhaktapur District in the Bagmati Zone. At the time of the 1991 Nepal survey it had a population of 61405 and had 9187 houses in it. The male inhabitants of Bhaktapur city wear a special type of cap called the Bhaad-gaaule topi. Bhaktapur city is famous for its yoghurt (ju-ju Dhau).

The term "Bhaktapur" in Sanskrit Language(i.e. the source of Nepali language and Hindu language) refers to "The Town Devotees". This Bhaktapur City is also known as "Khwopa" or "Bhadgaon" or "Ancient Newari Town" through out the Kathmandu valley. It is the third largest city in Kathmandu valley and was once the capital of Nepal during the great Malla Kingdom until the second half of the 15th century.

Day 01:Arrival in Katmandu airport and meet with representative of Pink Mountain Treks and Expedition and drive to hotel. Overnight at the hotel in Kathmandu.

Day 1Arrival in Katmandu airport and meet with representative of Pink Mountain Treks and Expedition and drive to hotel. Overnight at the hotel in Kathmandu.


Day 3KathmanduAfter breakfast City sightseeing tour to heritage sites of Patan and Bhaktapur including Patan Durbar square and Bhaktapur Durbar Square.
Drive to Nagarkot. (Nagarkot lying 32 kilometers east of Kathmandu at an altitude of 2,175m (7,136ft) above sea level. )
Check in to Hotel at Nagarkot.
Overnight at Nagarkot.


Day 4Wake-up/fresh-upEM:Sun-rise view from roof-top of thehotel, to enjoy the magnificent sunrise and views over the major peaks of eastern Nepal Himalayas including Mt Everest.)
AM :
Breakfast at Hotel
Drive then Hiking to Changunarayan The route to Changu Narayan passes through small villages and farmlands with farmers work their fields.
Lunch on the way to changunarayan.
PM Drive back to Hotel./fresh-up/rest/you can walk to thamel,15 minutes walking distance from Hotel.
PM :Dinner at Thamel, very famous touristic area in Kathmandu.
Overnight at Hotel in Kathmandu.


Day 5Wake-up/Fresh-up.Breakfast.
Walking around Thamel/Shopping/souvenir from Kathmandu.
Back to Hotel./Fresh./Rest.
Drive to airport./Check in to Airport before two hrs of your flight.
Fly back to your Destination.